Inside a nondescript office building in Englewood, a deafening alarm stops a team of workers in lab coats and hair nets. It’s a sensor alerting staff to a potential problem with the product, tiny bottles of cannabidiol moving along a conveyor belt at a swift pace.

The vials are headed to a fulfillment warehouse where they’ll be shipped on to online consumers across the U.S. and quality is critical as the already multibillion-dollar demand for CBD grows.

This time, the alarm is only a test of one of the many quality safeguards Balanced Health Botanicals has put in place to make sure its CBD products are the liquid gold that customers demand. CEO Chase Terwillinger thinks that every CBD producer should be required by the Food and Drug Administration to follow the same strict protocols and implement tracking in case a recall is needed.

But the federal agency has so far declined to regulate the manufacturing practices for CBD products, which are touted as being able to do everything from calm people and pets to alleviate pain. Congress legalized hemp production through the 2018 Farm Bill, prompting an explosion in cannabidiol’s popularity.

CBD industry leaders are worried that cannabidiol products could be contaminated by toxic heavy metals, inconsistent in strength and potentially have bad interactions with other supplements or drugs consumers are taking.

“People are making this in their garage,” Terwillinger said. “It’s just not safe for the consumer, and yet the consumer believes that it’s a safe product.”

There’s also a financial reason Terwillinger and others in the multibillion-dollar industry want to see regulation: They believe it will help supersize the CBD craze by enticing large, national retailers to carry their products.

Right now, big retailers with stores in multiple states are reluctant to stock CBD products in large part because the lack of FDA regulation puts interstate commerce on shaky ground by leaving a patchwork of state regulations. They’re also concerned about the lack of manufacturing safety controls.

“We have talked to all of the big retailers and many of them say the same thing: ‘We want to carry your products, but we’re worried the FDA is going to make us their first example,’” said Jonathan Miller, who serves as general counsel for the U.S. Hemp Roundtable, a nonprofit trade group pushing the FDA and Congress to act.

Want exclusive political news and insights first? Subscribe to The Unaffiliated, the political newsletter from The Colorado Sun. That’s where this story first appeared.

Join now or upgrade your membership.

The Hemp Roundtable wants Congress to force the FDA’s hand through House Resolution 841, which has the support of Republican U.S. Rep. Ken Buck of Windsor and Democratic U.S. Rep. Ed Perlmutter of Arvada. It would require the FDA to regulate CBD as a dietary supplement.

So far, the legislation has been caught in the tight web of congressional gridlock. Right now, the U.S. House and Senate are more focused on an infrastructure and budget reconciliation package, pushing the CBD regulation bill to the backburner.

“It’s an area that needs some more specificity from the FDA,” Perlmutter said. “They’ve been sort of dragging their feet.”

The FDA did not return a Colorado Sun request for comment. But the agency says on its website that “based on available evidence, FDA has concluded that THC and CBD products are excluded from the dietary supplement definition.”

Bloomberg reported earlier this month that the FDA objected to an application from Colorado-based Charlotte’s Web Holdings for CBD to be sold as a dietary ingredient.

There are state regulations around CBD, but that doesn’t solve the interstate commerce issue.

Jazmin Oliver, founder of Cannabis Consultants in Denver and the western region director of the CBD Industry Association, said she knows there are products on the market that are unsafe or not following best manufacturing processes. She declined to name them, citing legal concerns, but said they are definitely out there.

“We’re seeing these products hit the market every day, more and more,” she said.

Oliver recommends looking into a CBD company’s manufacturing processes before buying their products. A sign that they can be trusted is if they voluntarily follow Current Good Manufacturing Practice regulations.

Some products are also stamped as being U.S. Hemp Authority Certified, which is part of an industry effort at self regulation. Balances Health Botanical and Charlotte’s Web meet that standard.

Perlmutter said without FDA regulation, there are and will continue to be a lot of fly-by-night producers. There’s also an issue of competitiveness.

“People are buying stuff that really wouldn’t be competitive with some of the hemp products that we produce in Colorado or can be produced in Kentucky,” he said. “We really need to set some minimum standards.”

Buck said it’s a matter of eliminating industry confusion. “It’s unfair to everyone involved at this point,” he said.

Colorado’s congressional delegation has good reason to be involved in the effort to pass House Resolution 841.

Estimates on the size of the global CBD market vary dramatically, but there is broad agreement it is easily in the billions of dollars and expected to grow sharply in the coming years. Colorado is at the center of that boom, producing much of the nation’s hemp — the majority of which is used for CBD — and serving as home to many CBD sellers.

Balanced Health Botanicals isn’t a public company and therefore keeps its finances private, but you can tell by the size of its warehouse and packaging operation in Englewood that business is booming. Vials move quickly from shelves into shipping boxes. Mail carriers arrive to pick up packages multiple times a day. The company even has a CBD line for pets among its dozens of products.

But Terwilliger believes his company is one of only a handful that are taking the right steps to ensure their products are safe. And consumers may have no idea what they are getting.

The Consumer Brand Association said it conducted a poll with Ipsos showing that 74% of consumers either incorrectly assume CBD is federally regulated or have no idea if it is regulated.

Miller said the lack of FDA regulation “has really frozen the market” by not allowing it to get bigger, hurting farmers’ bottom lines. He estimates that 80% of the hemp crop in the U.S. is grown for CBD.

State Sen. Don Coram, a Montrose Republican, used to grow hemp at his farm for CBD production. His 2019 crop is still in his shed because he had nowhere to sell it. Still, Coram said he isn’t sure how he feels about the FDA regulating the industry.

“I have mixed feelings on it,” he said. “It needs regulated. I think it depends on what the regulation is. That’s the question.”

Samantha Walsh, vice president of the Colorado Hemp Association, agrees that CBD regulation by the FDA needs to be done carefully.

“We’re always seeking structured regulation that’s fair to both small operators and large operators,” Walsh said. “I think the whole hemp industry fully wants regulation. I think what we don’t want is the continued exclusion of cannabinoid producers at the table in favor of the pharmaceutical industry and in favor of ‘Big Food.’”

In the meantime, Terwilliger said Balanced Health Botanicals will continue to invest millions of dollars in its product safeguards, implementing steps that it thinks the FDA will one day require.

“When the product gets to mass retail and people can see those three or four brands on the shelf, I think it’s going to be a race to the bottom. That’s what we’re preparing for,” he said. “We’re playing a long-term game.”

The Colorado Sun has no paywall, meaning readers do not have to pay to access stories. We believe vital information needs to be seen by the people impacted, whether it’s a public health crisis, investigative reporting or keeping lawmakers accountable.

This reporting depends on support from readers like you. For just $5/month, you can invest in an informed community.

Sat Aug 21 , 2021
Cyberattacks and ransomware attacks have ratcheted up since the pandemic and law firms have become an increasingly attractive target for cyber criminals with their huge store of valuable information, data, confidential corporate information, tax and other data.   The reputational and business risk for law firms from such attacks is […] 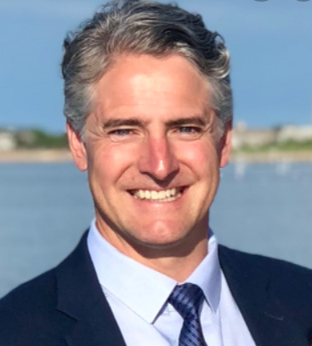