“It appears from the evidence there were some discussions occurring between Mr Elon Musk and Mr Rive outside the board process,” Slights said, according to a transcript of the trial. Loading “I’m not surprised, to be honest,” Denholm replied, “but I know it didn’t affect what the negotiation was because […]

“It appears from the evidence there were some discussions occurring between Mr Elon Musk and Mr Rive outside the board process,” Slights said, according to a transcript of the trial.

Denholm testified that Musk and Gracias were “excused from the votes, in terms of the board” but added that “actually we welcomed them, in terms of input, into some deliberations.”

Musk, who was on the stand for two days and was the first witness, denied playing a substantial role in the SolarCity buyout and noted that Denholm, as the lead Tesla director on the deal, set the price and the terms.

“I was active in providing materials to the board necessary to make a decision,” he told the court. “I believed that would be my duty.”

As the world’s richest person, with a net worth of roughly $US195 billion, Musk will still be in pretty good shape if he loses the case and must hand back hundreds of millions, or even the full $US2 billion, to the electric vehicle maker. And an adverse ruling isn’t likely to transform the way he operates, said Larry Hamermesh, a University of Pennsylvania law professor and expert on Delaware corporate law.

“I don’t think a loss in this case is going to immediately change Elon Musk’s personality or his approach to corporate governance issues,” Hamermesh said. “People break fiduciary duties all the time and have to pay for it. For some people, it’s just a cost of doing business.”

Slights has already said Musk, despite holding far less than a majority stake in Tesla, currently at 17 per cent, used his “visionary” persona and ties to other Tesla directors to smooth the deal’s path. One central question the judge must resolve is whether, as Tesla’s largest shareholder, Musk so dominated the board that final approval was a foregone conclusion.

‘I don’t want to be CEO. I tried not to be CEO of Tesla, but I had to or it would die. I rather hate being a boss. I’m an engineer.’

In a colourful and sometimes irreverent stint on the witness stand, Musk testified that he tried to be helpful to the board as it weighed the deal but never sought to steamroll it. “To be honest, I don’t want to be the boss of anything,” he told Slights. “I don’t want to be CEO. I tried not to be CEO of Tesla, but I had to or it would die. I rather hate being a boss. I’m an engineer.”

Musk acknowledged helping hire lawyers to shepherd the acquisition through board confirmation and holding weekly meetings to light a fire under the due-diligence process. In addition, he said the solar company was on solid financial footing but wrote internally that it needed to solve its “liquidity crisis.” It turned out SolarCity was hemorrhaging cash and in danger of defaulting on its debt.

But he dismissed claims of impropriety, having recused himself from deliberations over the deal and been barred from the Tesla directors’ final approval vote.

That may not have been enough, said Charles Elson, a University of Delaware professor who studies board behaviour and is former director of the school’s John L. Weinberg Center for Corporate Governance. Conflicted directors need to step all the way out of a deal to free it from even a hint of influence, he said. “When you have a controller like Mr Musk involved in organising an acquisition, and putting together the information the board will use to approve it, you raise very serious questions about the independence of the whole process,” Elson said.

It’s those questions the plaintiffs raised, pointing to a 2020 Chancery Court ruling criticising recused directors for not removing themselves completely from the acquisition process.

Among the judge’s questions for Denholm was whether she had a “clear sense of how the recusal was to work” in the SolarCity deal. The former Australian telecom executive said she had barred Musk and Gracias from any vote “in terms of the transaction happening or not happening, and also the price.“Many of the meetings were by phone, Denholm testified, “but when we would get to the point where we had discussed the matters we needed input from Elon or Antonio on the technical side or anything like that, then we would ask them to leave.”

Why Colorado companies are pushing the FDA to regulate CBD

Sat Aug 21 , 2021
Inside a nondescript office building in Englewood, a deafening alarm stops a team of workers in lab coats and hair nets. It’s a sensor alerting staff to a potential problem with the product, tiny bottles of cannabidiol moving along a conveyor belt at a swift pace.  The vials are headed […] 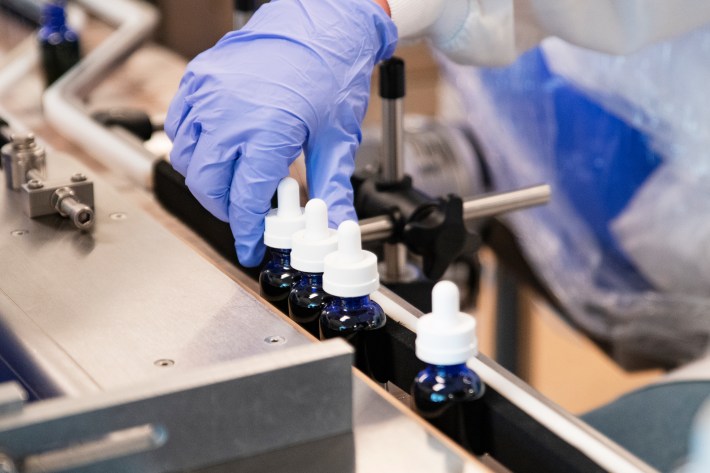