Britain’s Prince Andrew remains a person of interest in the federal investigation into the sex-trafficking case involving late pedophile Jeffrey Epstein, a new report says. The UK royal — who was sued by rape accuser Virginia Roberts Giuffre last week — has allegedly been stonewalling US investigators’ attempts to interview […]

The UK royal — who was sued by rape accuser Virginia Roberts Giuffre last week — has allegedly been stonewalling US investigators’ attempts to interview him.

Last year, then-US Attorney for the Southern District of New York Geoffrey Berman accused the royal of having “sought to falsely portray himself to the public as eager and willing to cooperate” with the criminal investigation despite “unequivocally” refusing to.

Whether he willingly cooperates, Andrew remains a person of interest, meaning he is viewed at least as a potential witness, a source familiar with the inquiry told Reuters.

Still, Manhattan probers do not expect to suddenly be able to grill the UK royal, the source said.

“He doesn’t seem to want to talk to us,” the source said.

Andrew has long been tied to the Epstein scandal after Giuffre repeatedly insisted in interviews and court filings that Epstein, a multimillionaire convicted pedophile, and his accused madam, fallen British socialite Ghislaine Maxwell, made her have “disgusting” sex with the royal three times starting when she was 17.

Last week, Britain’s top cop confirmed that detectives there are re-examining an earlier controversial decision to not fully investigate claims in the UK, where Giuffre alleges she was first abused by Andrew in Maxwell’s then-London home in 2001.

Andrew was booted from royal duties in late 2019 after a disastrous BBC interview in which he denied even knowing Giuffre — suggesting a photo of them hugging was fake — and tried to justify remaining friends with Epstein after the latter served time for sex with underage girls.

Prosecutors last year sent the British government a formal request, known as a mutual legal assistance treaty (MLAT) submission, asking for access to the prince so they could talk to him.

The MLAT is a procedure used in criminal investigations to gather material from foreign countries that cannot readily be obtained on a cooperative basis.

It’s not clear what the status of the request is.

Andrew’s lawyers previously insisted he had, in fact, “offered his assistance as a witness,” leading to Berman’s angry denial.

Representatives of the prince declined to comment, Reuters said.

Buckingham Palace has previously “emphatically denied” that the royal “had any form of sexual contact or relationship” with Giuffre, insisting that “any claim to the contrary is false and without foundation.”

Epstein died by suicide in a Manhattan jail cell in 2019 while awaiting trial on charges of trafficking minors.

Maxwell — the daughter of disgraced media baron Robert Maxwell — is being held in Brooklyn on charges that she procured teenage girls for Epstein to sexually abuse between 1994 and 2004.

She has pleaded not guilty and is expected to go on trial in November.

On the Rise: Meet Florida's Most Impressive Young Attorneys 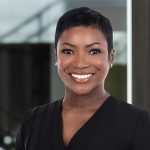