Good morning. Two powerful blasts have killed dozens at Kabul’s international airport as the foreign evacuation flights are being wound down. Australia’s national cabinet today will review the updated advice on cautious reopening from the Doherty Institute. And we have a list of things to try to find some joy on the gloomy days of lockdowns.

Two powerful suicide bombs and a gunman hit one of the main entrances to Kabul’s Hamid Karzai international airport, killing at least 60 civilians and 12 US soldiers just hours after western intelligence agencies warned of an imminent and “very credible” terrorist threat. The explosions disrupted a last-ditch attempt to evacuate about 200 Afghan guards of the British embassy, leaving them increasingly frightened about their future. As foreign governments’ evacuations are nearing the end, a former security guard supervisor at Australia’s shuttered embassy in Kabul has issued a personal plea to Scott Morrison for help, saying 1,000 men, women and children are stranded outside the airport. “We have been five days now with the visa you sent us on Sunday night,” the man says in a statement addressed to the prime minister and seen by the Guardian. “Please, we are begging you to save us.”

Today’s national cabinet meeting will discuss the rollout of vaccines to children and teenagers and consider the updated Doherty Institute advice. Guardian Australia understands the update suggests that coronavirus epidemics will continue to happen locally, and, increasingly, in under-vaccinated pockets of the Australian community, even when national vaccination rates are higher than 70%. Public health experts have commented on the so-called “picnic plan” to relax some restrictions for vaccinated residents announced by the New South Wales premier, Gladys Berejiklian, on Thursday, when the state hit a new daily record of 1,029 Covid cases. Awarding freedoms to the fully vaccinated is “based more on hope than they are on science”, said one professor. “It’s just one more muddled message happening here,” said another, while a third believes the morale boost will probably outweigh any minor increase in spread.

NSW’s New England renewable energy zone has been overwhelmed with investor interest amid pushback from some states to the federal rules on fossil fuel generators. The state energy minister, Matt Kean, said they received 80 registrations of interest – more than four times the available capacity – from investors offering to build a total of 34GWs of new wind, solar and storage projects.

Three bills that are being rushed through parliament provide law enforcement and spying agencies with new powers to snoop on Australians and extend existing counter-terrorism powers. So what do the three bills allow and who can be the target of new powers?

An Australian engineer, Robert Pether, was sentenced to five years in an Iraqi prison and fined $USD12m over a protracted business dispute between his employer and the country’s central bank. His lawyers are planning to appeal against the ruling. The Australian government is also working on a way to respond.

Ziggy Switkowski has been picked as a new chair of Crown Resorts. Helen Coonan resigned from the job after three states launched inquiries into the casino operator. Switkowski is currently the chancellor of RMIT University and a non-executive chairman of NBN Co.

Dozens of Melbourne actors remain stranded in Sydney with no prospects of employment or returning home because they were not released from their performing contracts until after the interstate border was closed. Under Victoria’s current travel system, they are considered non-essential workers and can’t enter from NSW.

Capitol police officers who were attacked and beaten during the insurrection at the US Congress on 6 January filed a lawsuit on Thursday against the former president Donald Trump, his ally Roger Stone and members of far-right extremist groups.

A vast patch of warming water off the coast of New Zealand – referred to as a “warming blob” – has contributed to a decade-long drought affecting parts of South America, according to scientists. Computer simulations found the blob produced a dry ridge of high pressure across the south Pacific that blocked storms from reaching central Chile and pushed them towards west Antarctica.

Fashion brands H&M and Inditex, which owns Zara and Bershka, have signed a new agreement to protect health and safety of garment workers in Bangladesh. Campaigners and union leaders praised the deal.

As our lives and jobs are so massively disrupted by the pandemic, many probably feel the weight of seemingly meaningless days, weeks and even years. That’s where nihilism comes in, writes Wendy Syfret, author of The Sunny Nihilist: How a Meaningless Life Can Make You Truly Happy. She encourages everyone to try an exercise of meaninglessness and reduction of self: accept that you don’t matter, and all things important to you will soon be gone. “I like to think of it as a tool: one that helps me dismantle and challenge the way the world has been presented,” Syfret writes. “With its help I can pause for a moment to appreciate my reality for what it truly is: random, absurd, sometimes painful, often lovely, completely my own, and totally meaningless. In that way, nihilism makes me feel, above all, free.”

As an alternative, try this list of things put together by Guardian Australia staff to bring laughter and break the lockdown gloom.

In Bruges, released in 2008, is an under-the-radar masterpiece of black comedy about two underperforming hitmen lying low in the picturesque Belgian town of Bruges after a botched assassination. The film won a slew of awards on its release and yet it remains under-appreciated more than a decade later. Even after multiple viewings, the script continues to surprise and delight, writes Elizabeth Quinn.

Throughout her career, Ngaiire Joseph has fought off being misunderstood in an industry unfriendly to young women of colour. The musician’s third album, 3, excavates her memories of her upbringing in Papua New Guinea while chronicling her experiences of new motherhood at the same time. A richly produced set of electronic-tinged soul songs, it’s an album that’s vividly drawn and stylistically fleet-footed, writes Shaad D’Souza.

The Delta variant is spreading among children in much larger numbers than previous outbreaks of Covid-19. With schools and childcare centres closed across the country, parents are struggling to manage their paid work, home schooling and caring for their children. Mike Ticher and Lucy Clark speak to Gabrielle Jackson about parenting and education in the time of Covid.

Full Story is Guardian Australia’s daily news podcast. Subscribe for free on Apple Podcasts, Spotify or any other podcasting app.

Australia have taken their Paralympics medal tally to 14 after swimmers Katja Dedekind and Keira Stephens added two to the haul. Dedekind claimed bronze in the S13 100m backstroke on Thursday night. Stephens also won bronze in the SB9 100m breaststroke.

Manchester City is hoping to sign Cristiano Ronaldo from Juventus as the Portugal forward has less than 12 months of his contract remaining with the Italian club. The English club’s defender Benjamin Mendy has been charged with four counts of rape and one count of sexual assault by Cheshire police.

A proposal for vaccine passports is to be presented at today’s national cabinet, according to the AFR. It reports a subcommittee led by Victoria, the Northern Territory and Tasmania has drafted a plan that could use digital Covid vaccine certificates to give Australians greater freedoms.

Toowoomba community leaders have accused the Queensland government of being hugely disrespectful by not consulting them before announcing the construction of a major quarantine facility for the region, the Brisbane Times reported.

Today’s national cabinet meeting is expected to thrash out a plan to expand the vaccine rollout to children aged 12-15.

And if you’ve read this far …

They may zip around looking cute and sociable, but the world of hummingbirds is rife with aggression. A new study suggests some female hummingbirds have evolved to avoid this – by adopting the bright plumage of their male counterparts.

If you would like to receive the Guardian Australia morning mail to your email inbox every weekday, sign up here.

Afghan community in crisis looks for supports. Here's how groups in southwestern Ontario are helping

Sun Aug 29 , 2021
Settlement adviser Zakieh Zarabi has been spending her days helping families in Windsor-Essex who have been desperately trying to get loved ones to safety since the Taliban took over Afghanistan earlier this month.   But the process to evacuate them hasn’t been easy, she told CBC News. “They are desperately looking to help their […] 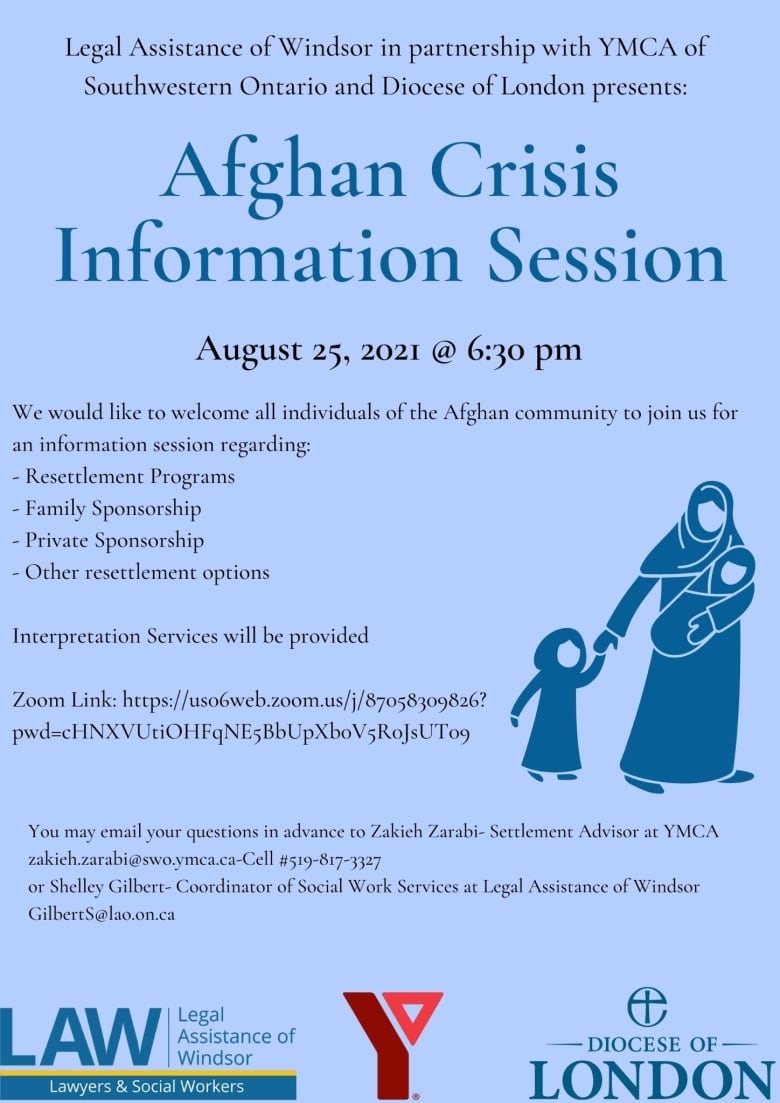