Check out what’s clicking on FoxBusiness.com.

Ford Motor Co. wants to put you into a new car—in six to eight weeks.

In a shift in the way it sells vehicles, Ford plans to do a bigger portion of its sales by having buyers order from the factory and wait, rather than pick from the selection available at the dealership.

Company executives say efforts to shift more of Ford’s auto retailing operations to a so-called build-to-order model, where people custom-order online and take delivery at the dealership, would help cut inventory costs for the company and its dealers. It would also help Ford to deliver more vehicles that customers specifically want, while weeding out the hard-to-sell models that end up collecting dust at dealerships and lead to profit-sapping discounts, they say.

Ford wants customers to order cars online and wait to pick them up, rather than selecting a car and driving it off the lot the same day. (iStock / iStock)

US PROBES WHETHER FORD WAS SLOW TO RECALL BACKUP CAMERAS

The approach, which was outlined to Wall Street in July and is being implemented now, is a departure from the way vehicles have been sold by car companies and dealers in the U.S. While dealers and analysts see potential benefits, they also flag risks, notably the prospect of losing market share if shoppers who aren’t willing to wait simply go elsewhere.

The nagging computer-chip shortage that has disrupted global car production this year already has pushed Ford and other auto makers in this direction. Dealership lots are so bare that shoppers had little choice but to order their new wheels and then wait, sometimes for months, to take delivery.

While this approach is the norm in Europe, it is unfamiliar to American car shoppers, who are accustomed to picking a vehicle from rows of shiny sheet metal and driving it home that day.

After years of declining profits, Ford’s turnaround remains a work-in-progress. It has rebounded strongly from the earlier days of the Covid-19 pandemic when sales collapsed, a comeback driven in large part by booming new-car demand. But it still is executing a costly revamp of overseas operations and trying to overcome nagging quality problems in the U.S., factors that leave it behind rival GM in profitability.

Ford now wants to use the chip crisis to push through long-term changes to its U.S. sales organization and operate with tens of thousands of fewer vehicles on the ground at dealerships.

Chief Executive Jim Farley said during the company’s earnings call in July that he wants factory orders to account for about a quarter of all sales, compared with almost none before the pandemic. That would allow Ford to operate with a 50-to-60-days supply of vehicles on dealership lots or en route to stores, compared with around 75 days historically.

Dealers say they support the idea in theory, because it would lower their costs. But they also worry they could be at a disadvantage if their competitor store down the street is stocked with more cars, SUVs and trucks.

“What if we cut back, but Chrysler and GM load their lots? And I don’t have the cars in stock?” said Ed Jolliffe, a Ford dealer near Detroit. He likes the idea of carrying fewer vehicles because it would cut financing and advertising costs, but he worries customers won’t have the patience.

“Time is death to a deal,” Mr. Jolliffe said. “There’s an old adage in the car business that the longer you wait after the first customer contact, the more chance you’ll lose them.”

The U.S. car business has long operated on a flood-the-zone system: stock enough models with a range of features, trim levels and colors, so that shoppers are likely to find what they want from the dealership’s ground stock. Car companies book revenue for a vehicle as soon as it is shipped to a dealer, who then assumes ownership of it until it is sold, typically financing millions of dollars in inventory.

Like in other consumer-goods sectors, the lockdowns and travel restrictions brought on by the pandemic have nudged the car industry and consumers to do more online.

Along the way, car makers and auto retailers alike have found unexpected benefits from the continuing inventory crunch. Many have been posting record profits despite the disruption, largely because leaner stock levels reduce carrying costs and buyers have been willing to pay more amid the scarcity of inventory.

Mr. Farley said boosting factory orders will reduce costs and manufacturing complexity as the company narrows its focus to the highest-demand models. It also should allow Ford to cut the money it spends dangling sales promotions and incentives to get people to buy vehicles that aren’t selling, he said.

“With an order-based system, we will have much less risk of that,” he said.

State franchise laws require traditional car companies to sell through their dealerships, so the dealer will continue to deliver the vehicle and make money from it. Still, the notion of having fewer customers buying from dealership inventory raises the question of whether the dealer’s role in the sales process is diminished, analysts say.

Mr. Farley said that dealers are a key part of Ford’s ecosystem by providing maintenance and repairs and explaining new tech offerings to customers.

Executives at rival GM have also said they don’t plan to stock as many vehicles at dealers once the chip shortage abates and production normalizes, but they haven’t quantified target levels.

Scott Keogh, chief executive of Volkswagen AG’s U.S. business, said having customers custom order cars has benefits. The German car company is also moving toward a model in the U.S., where customers build and order vehicles through the website and then pick them up at dealerships.

“It allows us to better match the market,” he said. “It’s a dramatically more efficient way to spend your capital than to have cars standing around.”

Golden handcuffs: dealmaking lawyers weigh up their own Faustian bargains 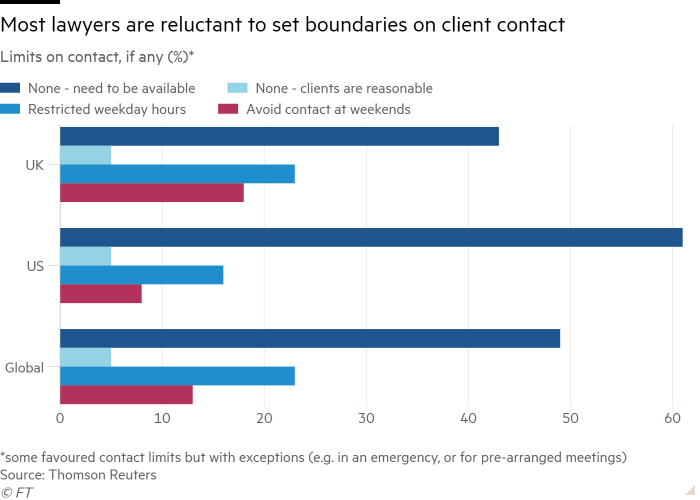