California will soon pay up to $2,500 in grants for workers laid off during the coronavirus pandemic to help them go to college or train for a new job. Using money from the federal COVID-19 relief package, Gov. Gavin Newsom and lawmakers set aside $500 million in this year’s state […]

California will soon pay up to $2,500 in grants for workers laid off during the coronavirus pandemic to help them go to college or train for a new job.

Using money from the federal COVID-19 relief package, Gov. Gavin Newsom and lawmakers set aside $500 million in this year’s state budget to make it easier for hundreds of thousands of workers to get the education necessary for a career transition, state officials said.

The California Student Aid Commission is charged with distributing the money, and people should be applying for grants by the end of this year to use in the spring semester. The agency is also in the middle of changing Cal Grants, so older workers can now access the financial aid program as they go to community colleges.

Advocates for working people are watching the program closely. They’re worried it won’t be ready in time since it relies on a state agency creating an entirely new grant.

Gov. Gavin Newsom initially wanted to do more in giving grants to people changing jobs. He called for a $1 billion program earlier his year. But legislators substantially scaled back his proposal, after staff at the nonpartisan Legislative Analyst’s Office called the concept flawed and potentially redundant.

Both Jez at California Competes and Chas Alamo, an analyst at the LAO, said it remains to be seen whether the California Student Aid Commission can distribute the money quickly to displaced workers.

“Our hesitations had to do with the changing population, where instead of focused on higher education students as the commission has historically focused, it’s focusing on workers,” Alamo said.

Who’s should get the money?

Under the program, workers will be eligible for up to $2,500 to enroll in a public university such as a community college or a University of California campus. Workers can also take a job training program, as long as it falls under the state’s Eligible Training Provider List.

Workers would need to prove they lost their employment due to the pandemic. They would also need to meet a certain income and asset requirement. For a single person with no dependent, for instance, they would be eligible if they make under $40,500 in income and have less than $40,700 in assets.

At least half of the money is designated for those caring for a child under 18. The grant would also prioritize those who are the furthest away from making the living wage in their county. The state budget also calls for universities to match the grant “to the extent practicable.”

The grant would also come on top of existing financial aid such as Cal Grant. Previously, older students at community colleges were not eligible for Cal Grant because they were years out of their high school graduation. But this year’s budget agreement has made those residents eligible for the financial aid.

The California Student Aid Commission is developing an application for workers to apply for the grant.

“While this program is different from other forms of financial aid we administer, we are eager to develop a specialized program that helps adult learners continue their education and training knowing that they can access financial aid to help them cover college costs,” the commission’s executive director Marlene Garcia said in an e-mail.

Jez noted the commission will be administering the program and making significant changes to Cal Grant at the same time, both of which could take a significant effort for a small agency.

“It’s sort of a whole new function for them,” Jez said of the commission administering the program for the laid-off workers.

Still, the program along with other workforce initiatives funded in the new budget could be the beginning of a “GI Bill for essential workers,” Jez said.

Jez mentioned other initiatives such as setting aside $500 million for a new work-study program for California public university students.

Going forward, Lanter called for the state to first invest in the existing programs that have proven to work. The state should make sure it has the capacity to administer new programs before launching them, he said.

“We’re very happy about the investment but the challenge is the details,” he said. “If you’re struggling to get money out to the street because you don’t have the capacity, you tend to waste resources and minimize impact.”

Jeong Park joined The Sacramento Bee’s Capitol Bureau in 2020 as part of the paper’s community-funded Equity Lab. He covers economic inequality, focusing on how the state’s policies affect working people. Before joining the Bee, he worked as a reporter covering cities for the Orange County Register.

Organizations and Crowdfunding Campaigns To Donate To

Thu Aug 19 , 2021
Following the removal of U.S. troops from Afghanistan, frantic scenes have emerged showing Afghans trying to leave the country as the Taliban takes control. The latest figures released by UNHCR show that since the start of 2021 at least 550,000 Afghans have been displaced by the conflict. President Joe Biden […] 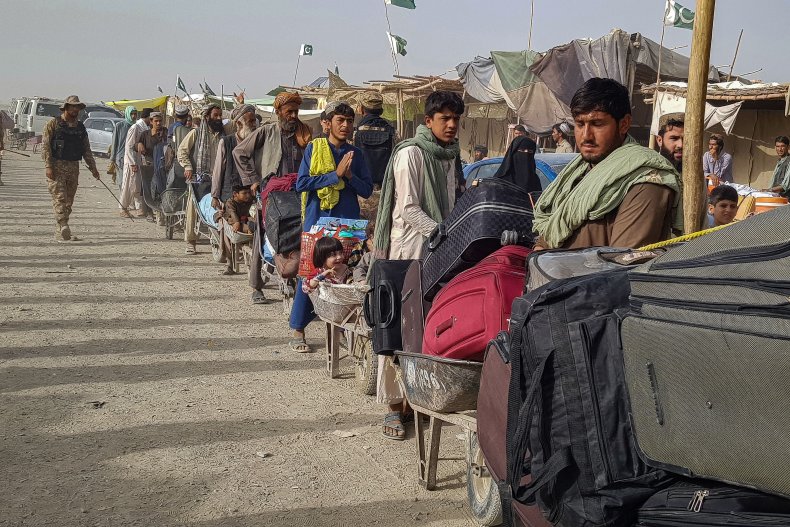